Risk vs. Cost Series: Why 100% Testing Matters for Assemblies 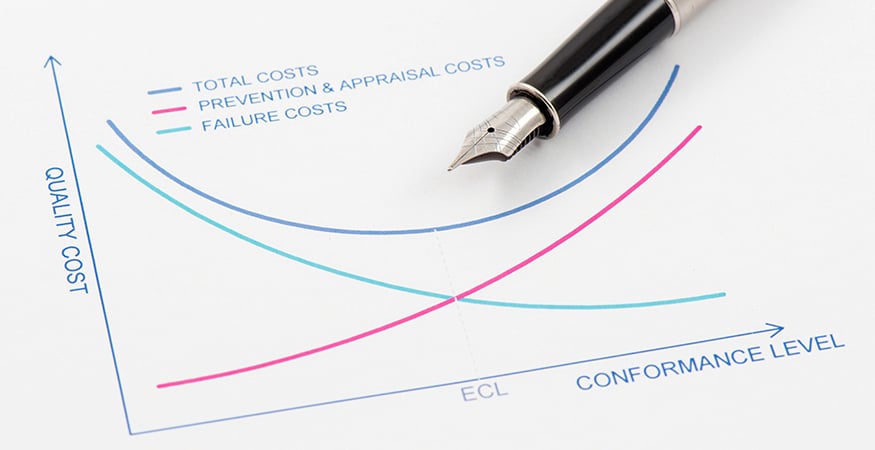 This is the third post in a three-part series focused on analyzing risk vs. cost when deciding whether to outsource electrical and mechanical assemblies to a contract manufacturer.

Testing assemblies is an important step in the manufacturing process. Besides giving OEMs proof that the work they’ve done is satisfactory before production wraps up, they can also be confident that customers won’t have to troubleshoot or return malfunctioning equipment.

A manufacturer can choose from several different types of testing, depending on the type of assembly:

Results of the tests manufacturers run can be stored and traced if problems occur in the future.

Since an assembly is typically part of a larger piece of equipment, any quality issues the assembly has will affect the entire system.

When a machine or product malfunctions, the time and labor spent investigating the root cause can be costly. OEMs have to go back to the last time they knew the product was good (this is where traceability comes in handy) and then test every product they built after that.

If bad product gets to the customer or end user and interrupts their schedule, any cost they incur due to the delay could be passed on to you. Most importantly, as the manufacturer of the faulty assembly, you’ll be responsible for determining what went wrong, fixing it and preventing it from happening again. This could also mean preparing rework kits you need to send to the customer, who can then troubleshoot the issue without your help; or sending a technician to the field to repair the assembly.

The risk of rework and returns increases greatly if assemblies aren’t tested during the manufacturing process. And, as the assembly progresses through the manufacturing process, the cost to repair any mistakes that could be found during testing early on exponentially increases. As a manufacturer, would you prefer to catch a faulty electrical connection before you ship the product, or have the end user find it while they’re paving a road thousands of miles away?

At a certain point, however, spending money no longer yields higher quality. As the chart above illustrates, there's a range in the middle where OEMs can optimize cost and conformance. OEMs need to determine where that range falls for them.

Where Can OEMs Test Assemblies?

Depending on an OEM’s capacity and resources, any of these three options could be the best. It’s up to them to understand the total landed cost of each option and make an informed decision.

Analyzing the Risk vs. Cost

OEMs could easily dismiss the need to test assemblies in order to avoid the cost, but it’s important to consider the risk they take on by doing so. For example, an OEM recently asked MCL to build a testing system its production team could use in their facility to test an electrical system before a vehicle body is lowered onto the chassis. The OEM realized how much time and money it was spending to fix electrical issues after the vehicle was fully assembled and decided to start testing earlier in the process to minimize post-production troubleshooting. This greatly increased the OEM’s efficiency and allows its team to be proactive in finding and fixing electrical problems before incurring the cost to troubleshoot. While there was an initial cost to the OEM to have the testing system developed and manufactured, now the OEM can control its own destiny by minimizing the risk of quality issues earlier in the process.

Overall, the further a product gets in the manufacturing process without being tested, the greater the risk becomes if it fails. And if it’s not tested at all, there’s no way for an OEM to mitigate potential problems that could drain resources and damage the company’s reputation.

Testing is part of MCL’s ISO-certified process that all customer products go through. To learn more about MCL’s electrical testing process, watch the video below.