Solutions-Based Engineering Leads to Successful Mass Production of USCG Boats
The U.S. Coast Guard (USCG) needed 174 response boats-medium (RB-M) to replace its 41-foot Utility Boat class that entered service in 1973 and was retired in 2014. The RB-M was designed to be faster, more agile and address crew fatigue through climate-controlled cabins with shock-mitigating seats. Marinette Marine Corporation (MMC) was awarded the government contract to build the RB-Ms and decided to do so at two separate locations in order to meet the USCG’s expectation of 30 boats per year until all 174 were delivered. Since MCL is an approved government contractor, MMC called on MCL to design and manufacture the electrical control systems for the RB-M. Due to the complex nature of the job, the team at MCL faced several challenges through the RB-M project. Here's what they were and how MCL used solutions-based engineering to overcome them: 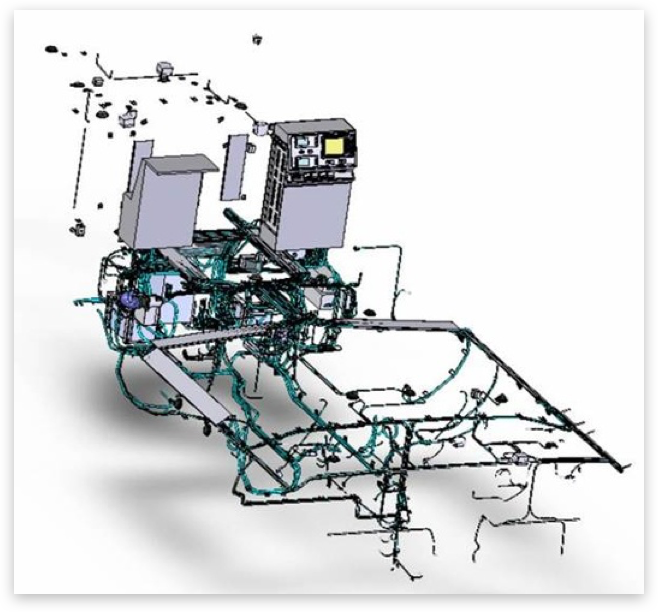 CHALLENGE #1
Standardize RB-M control systems (power distribution, RADAR, Autopilot, GPS, radio systems, HVAC, and five Operator Interface Panels per boat) so they could be produced exactly the same way every time. Further, after the systems left MCL they had to be installed correctly at two separate facilities in Green Bay, WI and Kent, WA. Each boat required more than 600 cables.

SOLUTION
MCL created a “plug and play” electrical system design by pre-wiring and testing each console, bundling wire harnesses together and labeling everything meticulously. In order to build the cable assemblies, MCL used 40-foot long build boards with built-in Hipot testing. When the components arrived at the assembly lines, all the installers needed to do was plug them in and they were ready to perform.
CHALLENGE #2
The cabling needed to be routed through five separate watertight and fire-resistant compartments. To do so, one contractor estimated it would take 2,000 hours to install all the wiring in a traditional manner and increase the worker density on the vessel during production.

SOLUTION
MCL color-coordinated and bundled the wires so the installers could easily decipher the path each branch of the cable harness needed to take so all boats were exactly the same to ensure easier USCG maintenance. Some areas of the boat were also designed to be wired prior to the boat being finished to reduce the amount of time required to feed wires through compartments. To aid in the production flow, MCL combined the design into three high-level kitted part numbers. This allowed for just-in-time delivery tied to the production process and reduced material transactions, handling and logistical costs in addition to cutting electrical installation time to just 40 hours.
CHALLENGE #3
Every piece of the boats needed to be 3-D modeled – from the washers and wires to the seats and paint – so the finished weight could be estimated and integrated into the design of the RB-M. The 3-D models also simplified maintenance and troubleshooting.

SOLUTION
MCL worked with two data companies that developed an Integrated Logistics System (ILS). During the design phase, MCL reported the weights and dimensions of each individual wire, connector, terminal, enclosure, etc., that would be used on each boat. Through the ILS, RB-M project managers could track data and develop a complete 3-D model (shown above).
CHALLENGE #4
Collaborate with four other organizations through design and manufacture. The USCG was sending requirements to Marinette Marine which then passed them on to MCL and the two facilities that were manufacturing the boats – Ace Marine and Kvichak Marine. Each of the manufacturers was using different CAD systems.

SOLUTION
The collaborators held weekly webinars to discuss the design/build progress and any changes in process. MCL was in constant communication with Ace, Kvichak and Marinette regarding installation routes, troubleshooting and quality. 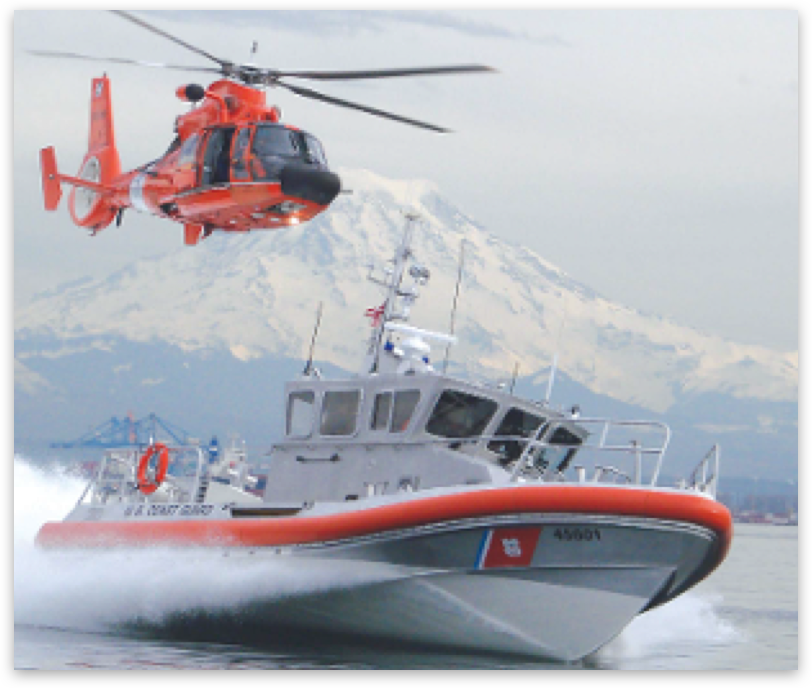 RESULTS
All 174 RB-Ms were completed on time and are now at 105 USCG stations in 30 states and territories across the United States. The RB-M helps Coast Guard crews perform search and rescue, coastal security and law enforcement missions more effectively.

MCL is proud to have played such a pivotal role in building a boat so largely relied upon by the USCG, and welcomed the opportunity to collaborate with new partners and educate several Coast Guard groups about the highly complex systems assembly produced for the RB-M.